Looking for your next read? Here are a few recommendations from our students and faculty! 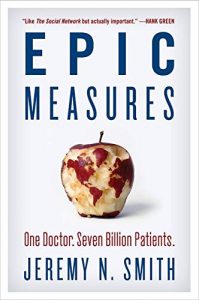 Journalist Jeremy N. Smith offers an intimate look at Dr. Murray and his groundbreaking work in his quest to develop the Global Burden of Disease (GBD). From ranking countries’ healthcare systems (the U.S. is 37th) to unearthing the shocking reality that world governments are funding developing countries at only 30% of the potential maximum efficiency when it comes to health, Epic Measures introduces a visionary leader whose unwavering determination to improve global health standards has already changed the way the world addresses issues of health and wellness, sets policy, and distributes funding.

Students say: “An easy and fun read to engage with the question of how to measure and what to measure.” 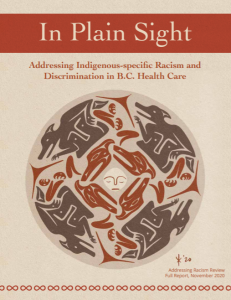 In June 2020, the BC Minister of Health commissioned an independent review to examine systemic Indigenous-specific racism in the provincial health care system after allegations were made of a guessing game in BC emergency departments in relation to the blood alcohol levels of Indigenous patients. The review examined this allegation and the health system more comprehensively in relation to the experience of Indigenous patients at the point of care, and Indigenous health workers within care delivery settings in BC. 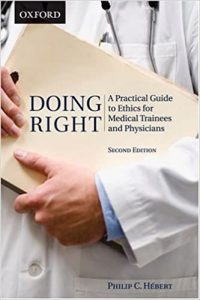 This text is aimed at second and third-year one-semester ethics courses offered in medical schools, health sciences departments, and nursing programs. By taking an applied approach rather than a theoretical approach, this text serves the needs of medical and nursing students, residents, and practicing physicians by sorting through questions of moral principles relevant to the diverse and growing number of healthcare professionals. The many topics covered include truth telling, refusal of treatment, assisted suicide, managing error, and reproductive choice. 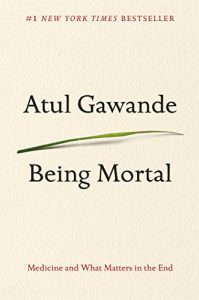 In some LMICs, long-term care facilities are non-existent as multigenerational families live together and take care of their family members who are old, disabled and otherwise ill. Gawande, a practicing surgeon, addresses his profession’s ultimate limitation, arguing that quality of life is the desired goal for patients and families. Gawande offers examples of freer, more socially fulfilling models for assisting the infirm and dependent elderly, and he explores the varieties of hospice care to demonstrate that a person’s last weeks or months may be rich and dignified.

Gawande, A. (2014). Being mortal: Medicine and what matters in the end. Metropolitan Books/Henry Holt and Company 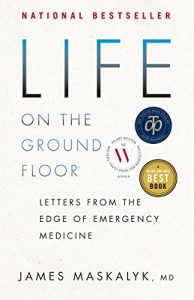 Humanitarian doctor and activist James Maskalyk draws upon his experience treating patients in the world’s emergency rooms. From Toronto to Addis Ababa, Cambodia to Bolivia, he discovers that although the cultures, resources and medical challenges of each hospital may differ, they are linked indelibly by the ground floor: the location of their emergency rooms. Here, on the ground floor, is where Dr. Maskalyk witnesses the story of “human aliveness” -our mourning and laughter, tragedies and hopes, the frailty of being and the resilience of the human spirit. And it’s here too that he is swept into the story, confronting his fears and doubts and questioning what it is to be a doctor.

Students say: “Enjoyed reading this memoir and especially remembered the dedication of  ER doctors in Ethiopia and the difficulty of staying in a chronically underfunded system.”

Maskalyk, J. (2017). Life on the ground floor: Letters from the edge of emergency medicine. Doubleday Canada 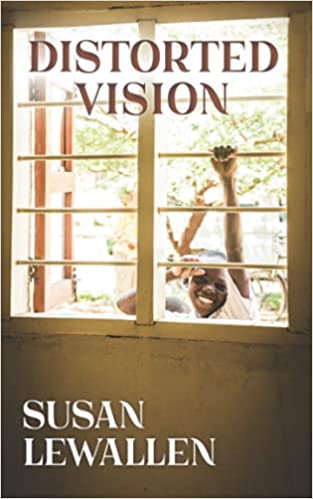 Ana and her brother Jared’s short trip back to their childhood home in Tanzania should benefit everyone. He’ll volunteer as a surgeon at a remote hospital, and she’ll seek projects for her university’s global health program. When Jared disappears, Ana’s work and life fall to pieces. She’s forced to reevaluate her ideas about providing “help” to improve the lives of people in countries she knows and loves. Whether you imagine that Western aid is a panacea or the problem, this suspenseful story — rooted in the author’s decades of award-winning work in the field — will challenge your views. 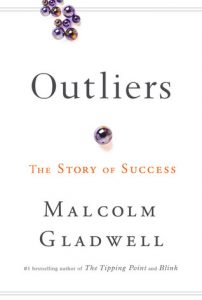 Malcolm Gladwell takes us on an intellectual journey through the world of “outliers”–the best and the brightest, the most famous and the most successful. He asks the question: what makes high-achievers different? His answer is that we pay too much attention to what successful people are like and too little attention to where they are from: that is, their culture, their family, their generation, and the idiosyncratic experiences of their upbringing.

Students say: “This book can be used to define international development as creating opportunities for local communities that will allow gender equity and access to health care and education which will hopefully provide them with the opportunity to be productive and healthy members of their societies.” 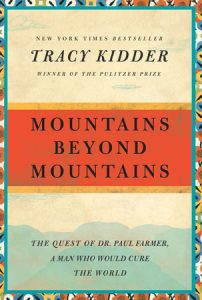 This book takes us from Harvard to Haiti, Peru, Cuba, and Russia as Dr. Paul Farmer changes minds and practices through his dedication to the philosophy that “the only real nation is humanity”—a philosophy that is embodied in the small public charity he founded, Partners in Health. At the heart of this book is the example of a life based on hope, and on an understanding of the truth of the Haitian proverb “Beyond mountains there are mountains”: as you solve one problem, another problem presents itself, and so you go on and try to solve that one too.

Students say: “The real magic in this book was when Dr. Paul Farmer started working with communities and their beliefs to make for better health care delivery.” 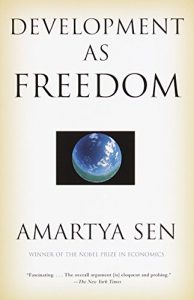 Freedom, Sen argues, is both the end and most efficient means of sustaining economic life and the key to securing the general welfare of the world’s entire population. Releasing the idea of individual freedom from association with any particular historical, intellectual, political, or religious tradition, Sen clearly demonstrates its current applicability and possibilities. In the new global economy, where, despite unprecedented increases in overall opulence, the contemporary world denies elementary freedoms to vast numbers–perhaps even the majority of people–he concludes, it is still possible to practically and optimistically restain a sense of social accountability. 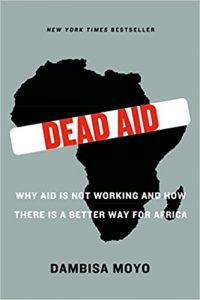 Dead Aid unflinchingly confronts one of the greatest myths of our time: that billions of dollars in aid sent from wealthy countries to developing African nations has helped to reduce poverty and increase growth. In fact, poverty levels continue to escalate and growth rates have steadily declined―and millions continue to suffer. Debunking the current model of international aid promoted by both Hollywood celebrities and policy makers, Dambisa Moyo offers a bold new road map for financing development of the world’s poorest countries. Much debated in the United States and the United Kingdom on publication, Dead Aid is an unsettling yet optimistic work, a powerful challenge to the assumptions and arguments that support a profoundly misguided development policy in Africa. And it is a clarion call to a new, more hopeful vision of how to address the desperate poverty that plagues millions.

Moyo, D. (2009). Dead aid: Why aid is not working and how there is a better way for Africa. New York: Farrar, Straus and Giroux 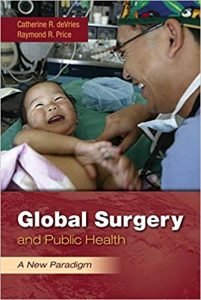 Until recently, surgical services in developing countries have been neglected, despite the critical role they could play in preventing disease and saving lives. Over the last few years, world leaders, public health professionals, and surgeons have collaborated to discuss public policies, resource utilization, healthcare reform, surgical safety, and workforce issues in order to bring these life-saving services to those most in need. Global Surgery and Public Health: A New Paradigm offers the most current information as well as a systematic approach to considering surgery in the context of a broader umbrella of public health. It is ideal for courses in Global/International Health, Public Health, Surgery, Medical Anthropology as well as for professionals in public policy and international health care and humanitarian groups serving the surgical needs of patients in under-resourced settings. 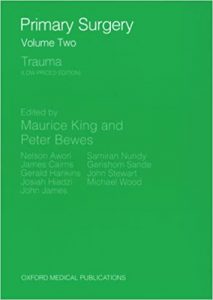 The result of ten years’ detailed research, this is a complete and detailed system of trauma methods which the non-specialist general duty doctor can use to treat all human injuries that might benefit from his care. It is designed mainly for medical schools and hospitals in the developing world, but any doctor who is not a trauma specialist will find it useful. A valuable feature is a system of closed methods for all fractures which can be treated this way, and there is an extensive chapter on the treatment of burns. The book is published in collaboration with the Deutsche Gestellschaft fur Technische Zusammenarbeit and the Kenyan Ministry of Health, and is part of a complete series on surgery, anaesthesia and obstetrics for hospitals in the developing world. 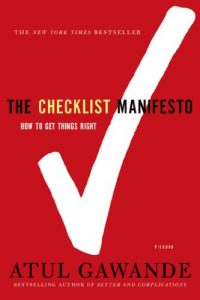 The modern world has given us stupendous know-how. Yet avoidable failures continue to plague us in health care, government, the law, the financial industry―in almost every realm of organized activity. And the reason is simple: the volume and complexity of knowledge today has exceeded our ability as individuals to properly deliver it to people―consistently, correctly, safely. We train longer, specialize more, use ever-advancing technologies, and still we fail. Atul Gawande makes a compelling argument that we can do better, using the simplest of methods: the checklist. In riveting stories, he reveals what checklists can do, what they can’t, and how they could bring about striking improvements in a variety of fields, from medicine and disaster recovery to professions and businesses of all kinds.

Students say: “Atul Gawande describes how checklists can not only make things more efficient, but help to reduce errors.”

Gawande, A. (2010). The checklist manifesto: How to get things right. New York: Metropolitan Books. 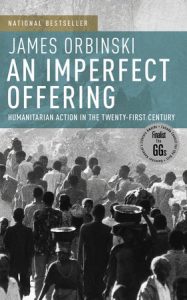 An Imperfect Offering is a deeply personal, deeply political book. With unstinting candor, Orbinski explores the nature of humanitarian action in the twenty-first century, and asserts the fundamental imperative of seeing as human those whose political systems have most brutally failed. He insists that in responding to the suffering of others, we must never lose sight of the dignity of those being helped or deny them the right to act as agents in their own lives. He takes readers on a journey to some of the darkest places of our history but finds there unimaginable acts of courage and empathy. Here he is doctor as witness, recording voices that must be heard around the world; calling on others to meet their responsibility. 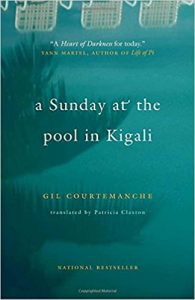 Sunday by the Pool in Kigali by Gil Courtemanche

A Sunday at the Pool in Kigali is a moving, passionate love story set amid the turmoil and terror of Rwanda’s genocide. All manner of Kigali residents pass their time by the pool of the Mille-Collines hotel: aid workers, Rwandan bourgeoisie, expatriates, UN peacekeepers, prostitutes. Keeping a watchful eye is Bernard Valcourt, a jaded foreign journalist, but his closest attention is devoted to Gentille, a hotel waitress with the slender, elegant build of a Tutsi. As they slip into an intense, improbable affair, the delicately balanced world around them–already devastated by AIDS–erupts in a Hutu-led genocide against the Tutsi people. Valcourt’s efforts to spirit Gentille to safety end in their separation. It will be months before he learns of his lover’s shocking fate.

Disclaimer: The Branch for International Surgical Care is not affiliated, associated, authorized, endorsed by, or in any way officially connected with any of the books mentioned above.